Alcoholic beverages have been created and enjoyed for thousands of years. Certainly ancient Egyptians and Mesopotamians were brewing around 5000BC, as evidence of the brewing process has been found on the inside of clay pots. While they most likely did not understand what was actually going on, the principle of making beer has not really changed in all that time.

The cornerstone of brewing is the principle of turning sugar into alcohol, by way of single-cell fungi, yeast. In fact, yeast create two main products from the sugar conversion – alcohol and carbon dioxide, the latter being the reason yeast is added to bread dough to make it rise. Both of them, though, are useful to brewing.

The general process for making beer then is to take cereal grains, and let them steep a while in warm water. This begins the malting process, which is to allow the grain to start germinating into a new plant. This triggers the break down of complex starches locked away as an energy store for the new shoots to grow. It’s these starches we want to extract from the grains to begin our beer making. The malting process is then halted to stop the grains growing too much, at which point they become malt. It’s at this point the sugars and starches can be accessed by the brewer in the mashing stage. 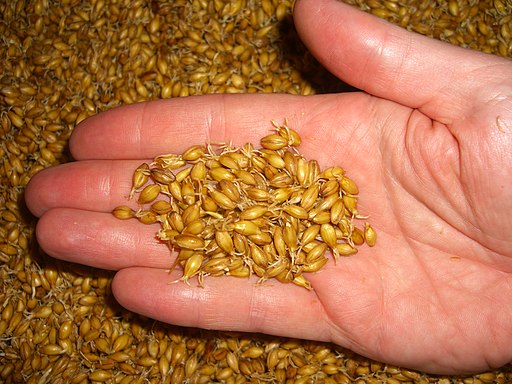 The brewer takes the malt and crushes it to get better access to the starches, and then steeps the grain in hot water. This steeping allows the enzymes present in the grain to continue breaking down the starches into simple sugars, which can then ultimately be fermented. After a period of time steeping, the liquid (now called wort) is separated from the grain, and then boiled.

The boiling process does two things. Firstly, it sterilises the wort to make sure no unwanted micro-organisms can spoil the beer. Secondly it allows the addition of hops to add bitterness. Without bitterness, the resulting beer would be too sweet and difficult to drink. Hops also add their own flavours and aromas, depending on how long they are boiled for.

Once the boiling stage is done, the wort is quickly cooled down to room temperature. Yeast is then added, which will consume the sugars and create alcohol. The fermentation process can last from only a few days to a week or more. Once complete, the beer can then be separated from the yeast and packaged for consumption. It is also quite common for some beer styles to be hopped again just before packaging, a process known as dry-hopping. This adds intense, fresh hop aromas without adding extra bitterness.

The four basic ingredients then for any beer is: a sugar source from malted cereal grains, most often barley; Something to provide bitterness, usually hops; yeast to convert the sugar into alcohol, and water.