After making batch #1 with Simcoe and Amarillo, I decided to make a few changes to the recipe. It was just too hoppy and aromatic to get the character of the rye out of the beer. With the Autumn closing in as well, I decided to make this a seasonal beer. A slightly sweet, nutty, malty backbone with some citrusy hops to balance was what I was aiming for. I decided to use two ‘C’ hops, Cascade and Chinook, and replace the crystal malt with red crystal rye. I also decided to try out the Northwest ale yeast I’d used for the DPC clone to keep some of the body in the finished beer. While this was a standard 60 minute boil, hops only went in at 20 minutes.

This finished a little lower at 1.012, but was still at the 5% I was aiming for. Happy with the result, I entered this into the SBC WHBC competition.

Competition night was great fun. We tried 8 beers in total, all ranging from traditional bitters to craft IPAs. In the end this beer ended up 4th, which I was pretty pleased about. I also got some great feedback from the judges and fellow club members. It was so well received that I decided to enter this beer into a national competition. 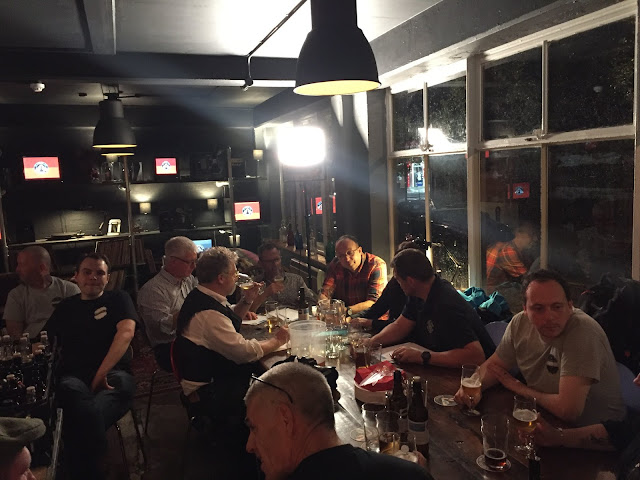 Although it had a been a couple of months later, I got really good feedback from BJCP sanctioned judges regarding this beer. It scored 29/50 and would have been much higher had I entered it into a different category. I think the hops had pretty much faded by this time, so entering it as an American ale was a mistake. Nevertheless it has given me enough to redesign, rebrew and make a great beer that I hope to do better with in competitions in the future. 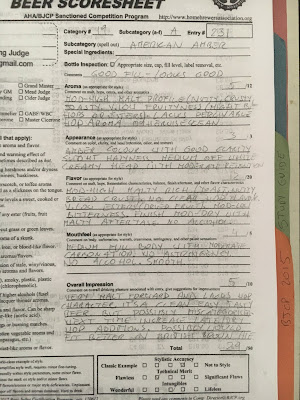 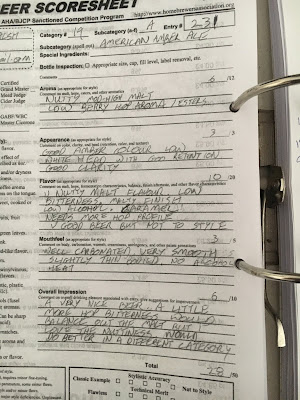