I grow Fuggles in my garden, along with Target and Cascade, but with a complete unknown on alphas and flavour profile compared to commercially grown hops, putting them straight into a complex brew would have been a little foolish. So what better way to get to know them than in a SMaSH? 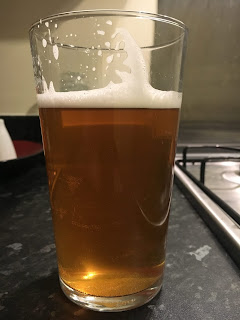 This one was supposed to stop at 1.010, but it kept going down to 1.006, meaning it ended up at closer to 5%. It was still a really good beer though. I think I’d estimated the alphas fairly well as it had a bitterness bite but was smooth, not overpowering. It was also a great Christmas beer, to the point where our neighbour didn’t want to leave after having a couple (then a couple more).